How the new industrial cloud can help IT manager navigate Industry 4.0 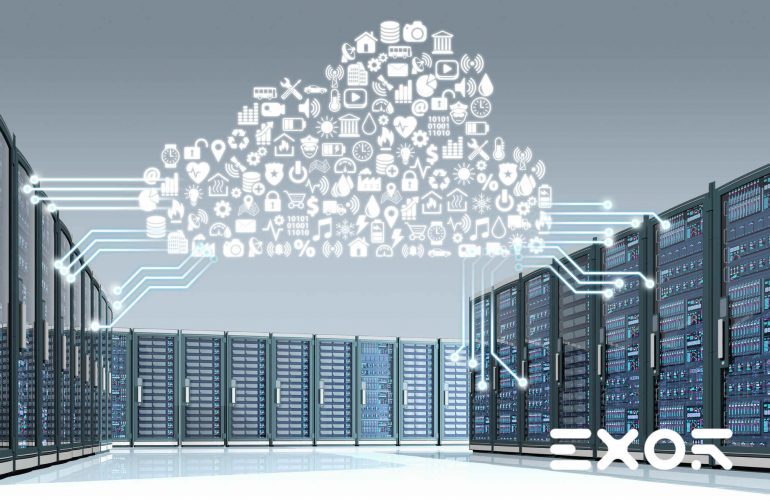 How the new industrial cloud can help IT manager navigate Industry 4.0

How the industrial cloud can help IT managers with the consequences of the Industry 4.0 redefined manufacturing pyramid of control.

Traditionally, factories and manufacturers employed a structured pyramid of control in order to implement automation and manage onsite data acquisition and collection. Currently, manufacturers are faced with challenges since they have to store, process and analyze large amounts of real-time data. Processing this data assists with the streamlining of factory value chains, the development of predictive maintenance solutions, the ability to trace compliance and production output to machine level, and develop customized configurations of products, among other benefits. The industrial cloud can potentially, operate as a base for long-term storage and learning for this data.

In this article, we will review the potential of the industrial cloud, and the new matrix structure of intercommunication at the edge.

The Layers of the Pyramid Structure

In the typical pyramid structure that factories utilized in the past, the bottom layer of the pyramid was the physical layer. This was composed of the hardware, actuators and sensors found on the production floor. The next layer was made up of the PLC (programmable logic controller) and PID (proportional–integral–derivative) controller which controlled and received input from the bottom layer. The next level was the Supervisory Control and Data Acquisition (SCADA) layer with embedded Human-Machine Interfaces (HMIs). This layer controlled the other layers beneath it and allowed personnel to view and receive information through the HMIs, as well as control factory processes from a central location.

The Manufacturing Execution System (MES) layer was the integrated information management system, which collected data from the shop floor, was involved in scheduling, document management and staff and resource management. It tracked the raw input materials from their starting point to the final product.

The topmost layer of the pyramid was the management system or Enterprise Resource Planning (ERP) layer. This layer was made up of different software and allowed senior management to control and view all the operations in the factory.

(with thanks to Thomas Kothmayr for his brilliant graphic)

The Limitations of the Pyramid Model

The main problem with this hierarchical, linear model was that it did not accommodate the modern manufacturing environment, which relies on connecting multiple machines, departments, devices, suppliers, SCADA systems and embedded HMIs across single or multiple locations. There is also increased emphasis on machine-to-machine communication.

Let’s consider the scenario of a meat production factory where slicing, cooking, cooling and packaging of meat is required. In addition, the factory needs to gather reporting data to deliver to the US Department of Agriculture (USDA) in order to meet compliance standards. An embedded HMI in this system may need to receive input directly from the sensors on the different machines and trigger alarms if the temperature is too low on the cooking machine, and deliver the other data needed for the reporting requirements to a remote server. The pyramid structure does not accommodate this kind of data acquisition and delivery.

To further illustrate the point about the limitations of the pyramid system for modern factory processes, Mercedes-Benz uses predictive analytics to review over 600 parameters which could have an effect on the quality of its cylinder heads at its plant. They have implemented a big data system that reviews real-time data about the production of its fuel injectors. The system identifies the relevant trends, checks on adherence and automatically reports defects to the operators for correction.

The pyramid system was not designed to be a flexible, big data storage repository or to deliver this data to the various machines, devices and servers that need it.

Interoperability is also an issue. In the modern context, machines, servers, HMIs and devices need to be able to communicate with each other in an integrated manner, and not in a tiered step-wise manner. In addition, the MES and ERP needed to evolve and accommodate open standards, since in most cases propriety software was used.

Due to the massive amounts of data that factories have started to produce, storing data using physical devices has become unfeasible. This is a situation that many businesses and IT managers across the world are faced with.

The first answer to this was the cloud, which addressed the storage limitation, and ensured that the end user did not have to understand the technicalities of certain processes since they were all managed remotely, and delivered as needed. IT managers in various sectors started to move to the cloud and data was remotely maintained, managed and delivered as needed.

The Development of the Industrial Cloud

The industrial sector in comparison to other sectors is very conservative in its approach to the adoption of new technologies. In general, it prefers to learn about the advantages or disadvantages of technologies adopted by other sectors before deciding whether to embrace them. The main reason being that implementing new technology without forethought or other models to use as an example can cause costly issues with the production line and downtime.

So, while the industrial sector clearly needs a robust economic cloud data storage system to handle the demands of the smart factory environment, the approach has been cautious. Additionally, the industrial cloud options come with a huge cost input which is usually above what the standard factory can afford.

The IoT sector has provided plenty of centralized more cost-effective examples for the industrial sector to observe in order to address the limitations of the pyramid model.

In the instance of the typical IoT-connected home, a homeowner could have a smart thermostat that receives third-party data and thus can make automatic adjustments, which means the homeowner saves on the electricity bill. The same homeowner could also own a Wi-Fi-enabled smart coffee machine that saves settings and brews according to the homeowner’s preferences, while the homeowner receives an automatic notification on their Apple iOS device. The Alexa built-in hub would then allow the homeowner to control all the smart devices that are connected to the internet and receiving and generating data. Consequently, the lights, thermostats, coffee machines and smart door locks would all be coordinated and customized for that specific homeowner, because of the data generation and processing.

A factory wanting to implement an IoT system could look at the simplified IoT model within home systems and utilize a similar concept – albeit adjusted for the more complex factory processes.

This could have provided the first entry point for additional IT companies to enter the industrial world since they have experience at implementing IoT solutions that the manufacturing environment could have benefited from. However, the use of propriety protocols and standards is what causes barriers to this entry point. 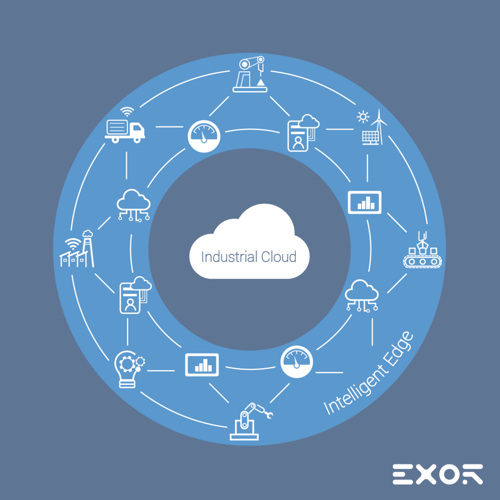 There is clearly potential for industrial cloud data storage and processing in a centralized model using cloud-based strategies. Equally likely is the proposal that the distributed mode of communication will return to the manufacturing sector.

Machines operating at the edge would be communicating with each other, and the data would be processed near the machines instead of sent to the cloud. This would require tight integration of open standards such as OPC UA (unified architecture) and TSN (time-sensitive networking) to facilitate this communication. Thus, this would allow for much faster data processing since the edge device would only be processing the data it needs, and the storage requirements would consequently decrease.

This would also allow for another entry point for IT companies to enter the industrial world, due to the open protocols that the edge processing model would require.

What is Servitization?
What is the Machines as a Service Business Model or Maas?
What is Digitalization?
How Edge and Cloud Computing Combine to Create Industrial Automation Platforms
Where Will Edge Devices be Managed, at the Edge or in the Cloud?